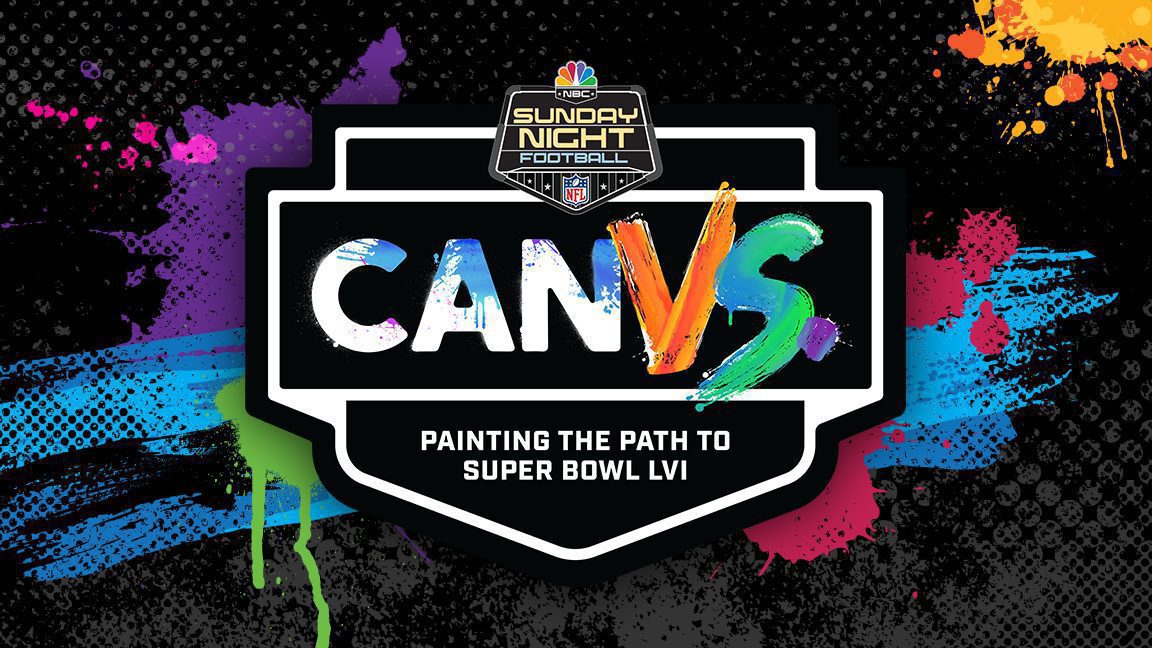 Both the Washington Post and the Minneapolis Egotist picked up the story explaining the program.

For each game this season, a local artist in the host city for each SNF game will create a 5-yard long mural with the input of fans. Vernon Davis, former NFL All-Pro and accomplished artist, is our host and will announce unique team hashtags each week on Twitter. Fans can then submit words, phrases or moments that best represent either team and the city they play in. The local artist will then incorporate those ideas into their mural. Fan can also participate on the campaign website at snfcanvs.com and enter to win tickets to Super Bowl LVI.

“It just puts me back in that space where I get to interact with the fans and feel the energy of game day,” Davis said in a phone interview with the Washington Post. “It all starts with the fans.”

At the end of the season we’ll have a 100-yard long painting documenting the season, culminating in Los Angeles at Super Bowl LVI. The games in Tampa and LA this weekend, and 4 other weeks during the year, will have live painting events. All other 13 murals will be streamed online with the local artists still receiving input on what best represents the teams playing that week via social media. The next live painting event is this Saturday, Sept. 11 at CityWalk at Universal Studios Hollywood in Los Angeles prior to the game between the Chicago Bears and Los Angeles Rams this Sunday night.